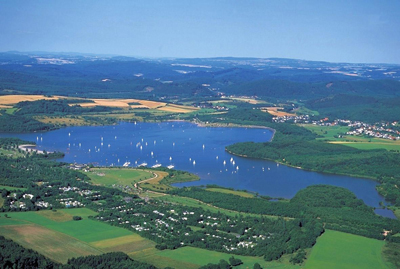 Important: On 3 September 2004, a previously incorrect presentation of the priority areas for flood protection in the Saartal region between Saarhölzbach and Saarlouis was corrected. Accordingly, please do not use any printouts from this area that were created before the specified date.

(land-use planning, environment and infrastructure) as of 13 July 2004

Textual specifications with rationale/explanations have since been published in the Saarland Official Journal, Issue No. 34.

Graphical specifications can be viewed by the general public in the State Planning Office at the Ministry for the Environment, Keplerstraße 18, 66117 Saarbrücken. In parallel to the publication of the State Development Plan, subsection ‘Environment’, in the Saarland Official Journal, part A, ‘Textual specifications with rationale/explanations’ and part B, ‘Graphical specifications’, have also been made available to the general public here. As a final point, readers are advised that this replaces the 6th Amendment to the State Development Plan, ‘Environment (land-use planning for open spaces, and commercial/industrial use)’, dated 5 March 1999.

Notes on the locational sites for the harvesting of raw materials (BR):
According to a ruling of the Higher Administrative Court (OVG) from 29 May 2008, (ref.: 3 C 153/07), the setting of targets in the current State Development Plan was referred back to the BR. In its ruling, the OVG concluded that the locational sites – insofar as these were intended as expansion areas – could not be considered targets for spatial planning but merely as basic spatial planning principles, on account of a lack of spatial determination or determinability as well as the lack of a final evaluation.